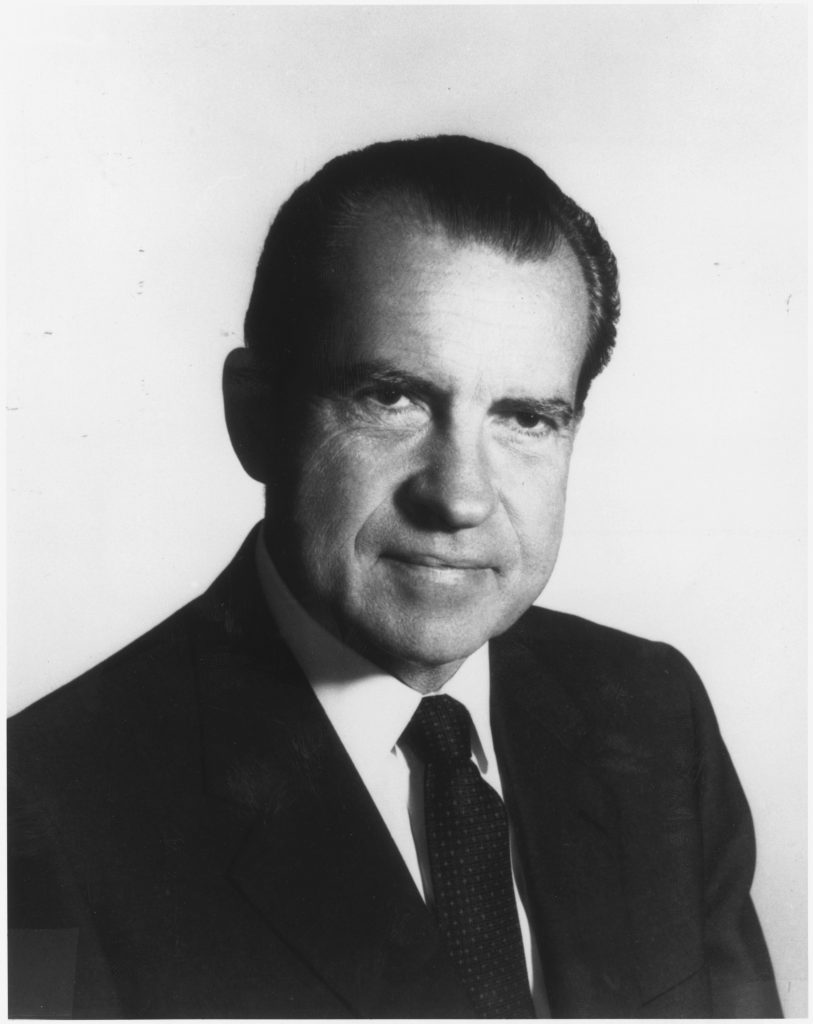 Yesterday, the New York Times published a piece titled, “Nixon’s Vietnam Treachery.” The article presents new evidence that Nixon and then-strategist Henry Kissinger deliberately sabotaged peace talks between the U.S. and Vietnam in order to gain leverage in the upcoming ’68 election. To wit:

A newfound cache of notes left by H. R. Haldeman, [Nixon’s] closest aide, shows that Nixon directed his campaign’s efforts to scuttle the peace talks, which he feared could give his opponent, Vice President Hubert H. Humphrey, an edge in the 1968 election. On Oct. 22, 1968, he ordered Haldeman to “monkey wrench” the initiative.

This isn’t exactly news – President Johnson knew of Nixon’s actions, referring to them as “treason” in recently released phone conversations. Politico published a piece in 2014 touting “real proof” that Nixon had meddled against the talks. My point here isn’t to damn Nixon – the depth and extent of his petty, malicious evil has been well-documented by people more competent to do so than I, and I have nothing of substance to add to his vile legacy.

No, I’m fixated on the Times piece itself, one line in particular: “[We] must now weigh apparently criminal behavior that, given the human lives at stake and the decade of carnage that followed in Southeast Asia, may be more reprehensible than anything Nixon did in Watergate.”

Is Nixon’s deliberate conspiracy to prolong a war, one that that had at that point senselessly obliterated tens of thousands of soldiers and civilians, in order to gain a slight political advantage “more reprehensible” than his order to spy on political opponents for the same reason? Yes, fucking absolutely. How is there even a single mote of “may be” about it?

I guess one could argue that it’s a throw-away line in the article, really more of a rhetorical flourish than an actual consideration of moral severity. But given the prestige of the Times (the “paper of record”) and the significance of the topic, I think it’s worth taking literally and at face value.

The writer isn’t sure which is worse: conspiring to undermine the potential end to a ghastly war, or trying to dig up some dirt on your political foes (and getting caught); it’s certainly possible that the former has the edge, something we should all consider. The war in Vietnam ended thousands of lives and hopelessly destroyed countless more. But we mustn’t forget, Watergate violated the nation’s innocence, or whatever.

The only moral compass by which this uncertainty could exist points to its true north somewhere between respect for human life and reverence for the sanctity of institutional power. History has proved that Nixon cared little, if at all, for either. But which facet of his hideous amorality is more worthy of contempt? This shouldn’t be a question that needs careful consideration, and it’ s not one that deserves a veneer of newspaperly impartiality.

Implicit here is a subtle understanding that politics is above all about optics and order. The role of the President isn’t to govern so much as to act and appear presidential. In this worldview, that Nixon ultimately failed to do so is nearly as damning as the fact that he was indirectly responsible for prolonging a hellish war – just prior, of course, to being directly responsible for it.

In the Age of Trump, this is an aspect of the liberal conscience of which I’m sure we’ll be seeing plenty. My hope is that it won’t be the only one.