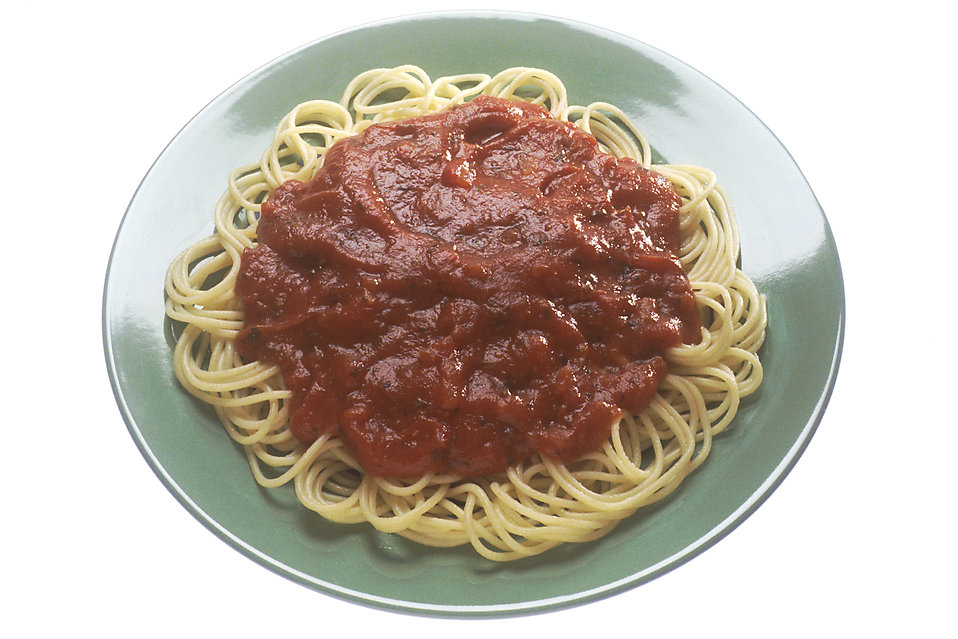 I am eating spaghetti as I write this, and in fact the spaghetti I’m eating is what inspired me to formally declare its goodness to the world via weblog.

Some more information about the spaghetti I am eating: It is whole wheat spaghetti. It is covered in a red sauce, a combination of Aldi-brand jarred stuff along with fresh onion, green pepper, and diced garlic (the latter of which also from a jar). I sauteed the vegetables in some olive oil before adding the jarred sauce. Then, when the spaghetti was done boiling I strained it and added it to the pan with the sauce. Then I mixed it all up.

Finally, I added a parmesan/romano blend on top. Why? Because I’m not a fucking idiot. That’s why.

In practical terms, the meal was simple, inexpensive, and easy to prepare. It’s also delicious. And, from a nutritive standpoint, it isn’t nearly the worst thing I could be eating. Fiber (it’s whole wheat, remember), vitamin C from the onion and pepper, and other vitamins, too, probably. It’s not deep fried, anyway.

I’m waiting for my car to be serviced, and I told myself I’d write a blog post to make the time productive. Well, here it is.