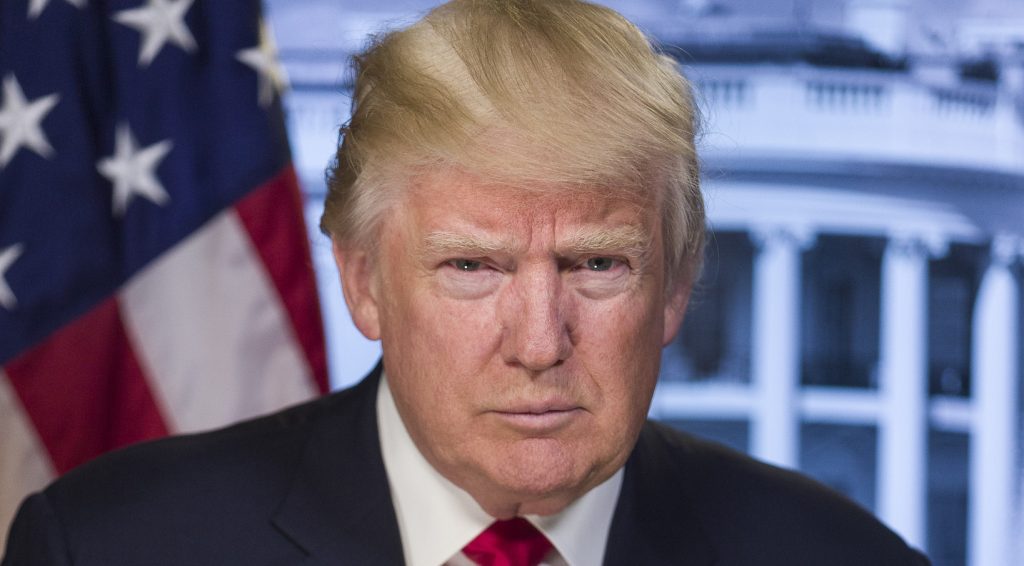 A little over a year ago, I sent an email to libertarian philosopher Walter E. Block about his then-burgeoning “Libertarians for Trump” movement. Block and co-founder Dr. Donald Miller announced their group’s launch on the libertarian site LewRockwell.com.

Their reasoning for embracing Trump’s candidacy was basically this: Trump’s rhetoric on foreign policy was largely non-interventionist, and therefore most in-line with the cardinal libertarian value of non-aggression. Dr. Miller went so far as to call a Trump presidency “Our Only Hope for Escaping World War III.”

Of course, this is fucking stupid. My email detailed why. Here’s what it said:

A member of my family recently posted a link to your Libertarians for Trump page on Facebook. While I do not consider myself a libertarian, I do consider myself strongly opposed to neoconservative foreign policy specifically and American imperialism generally. We seem to agree on this much.

But given what we know of Trump’s foreign policy, it seems strange to me that you would use those positions as  the basis for a grassroots campaign in support of his candidacy. Consider the following:

—He describes himself as “very pro Israel.” Few things are more emblematic of neoconservative foreign policy than support for Israel. What’s more, Trump is set to speak alongside none other than Hillary Clinton at an event sponsored by AIPAC, the most powerful pro-Israel lobby in America.

—His official policy video titled, “Military” opens with the words, “I’m going to make our military so big…” This presupposes that he intends to make the military larger than it currently is. How does this square with your claim that he will to undo the foreign policy of previous administrations?

—Specifically regarding ISIS, Mr. Trump has called for 30,000 America troops, for the deliberate targeting of civilians, and for the reinstatement of torture, which not only represents a violation of international law but also those libertarian principals contrary to the idea of physical coercion on the part of a state actor.

—You point to Mr. Trump’s lack of establishment connections and his opposition to the Iraq war as reasons to support him. However, those in his campaign’s inner circle include Senator Jeff Sessions, an outspoken supporter of the war in Iraq, as well as Sam Clovis, a former policy advisor to Rick Perry, Sarah Huckabee Sanders, daughter of Mike Huckabee and former campaigner for George W. Bush, among others firmly entrenched in the Republican mainstream.

I could understand, given your positions, holding one’s nose and pulling the lever for Trump. But given the facts above, how can you justify open, active support of his candidacy? I am genuinely curious.

To my surprise at the time, Walter Block responded. Here’s what he said:

He’s horrid, yes, but, he’s better than the alternatives. Want to join?

And, finally, my response to Block:

I’d like to be the kind of person who feels bad about cussing at a stranger over email, but in this case I can’t bring myself to suffer even the slightest pang of guilt.

What Ever Became of Libertarians for Trump?

I’ve been thinking a lot about this exchange lately, in light of President Trump’s bombing of Syria, his increasingly bellicose approach to North Korea, a policy on drone warfare that makes Obama look like Gandhi, and so on.

Are Libertarians for Trump sorry that they supported Trump? Have they issued any mea culpas?

@DTLibertarians you guys still for trump?

The LewRockwell.com blog that saw Libertarians for Trump’s launch now seems to be a less welcoming place for The Donald.

Trump won, there was much rejoicing; Trump started actually running the country and there’s crickets from his libertarian supporters, who seem to have retreated into their safe place of debating things like the legitimacy of deed restrictions in a libertarian ethic.

So some Austrian School libertarians went for Trump, then washed their hands of the whole messy thing. So what?

It speaks to how idiotic these people are. Remember, no one put Block and Miller on the spot and told them they had to pick a candidate to endorse. They broke with the general libertarian approach of disengagement with statist politics specifically to endorse Trump, despite overwhelming evidence from the candidate’s own mouth that he would do everything they claim to loathe.

There are a good number of libertarians whom I respect, and who seem to be genuinely motivated by a desire to see more freedom and less aggression in the world. Radley Balko comes to mind. But Block and his ilk are motivated by two things: masturbatory pedantry (is it ethical to breath if you’re right next to someone who’s so close to falling off a cliff that breathing near them would make them fall?) and wish-fulfilling fantasy (in a free society I could keep all my money and would definitely have more of it!).

I’ve somewhat had it in my mind to email Walter Block again, to ask him directly how he feels about Trump and having gone out of his way to support him. But on second thought, I don’t care what he thinks. I very much doubt he’s sorry.