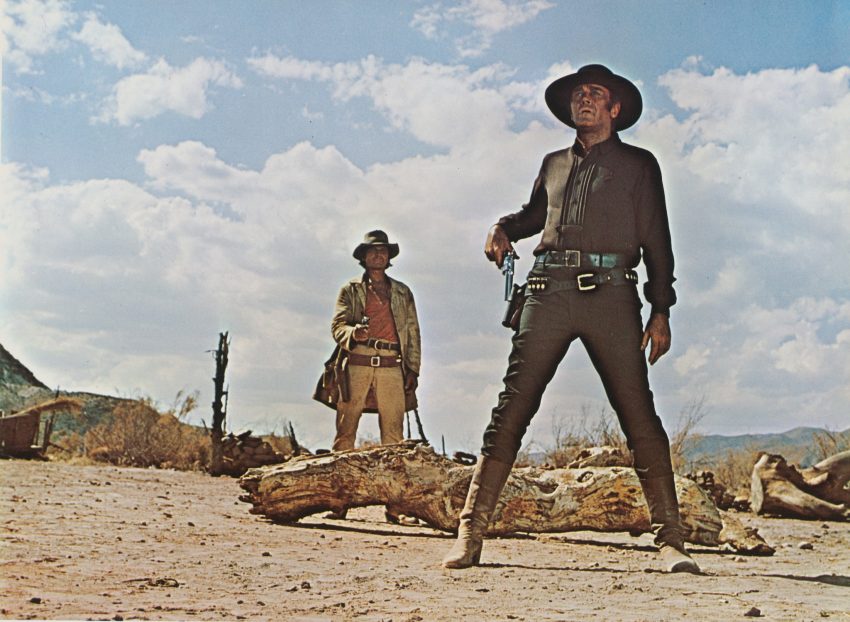 I have to admit, I’ve never been much of a Western guy.

In college, I watched (and really enjoyed) “High Noon” and “Unforgiven” for a class on masculinity in film. (Aside: Here’s a paper I wrote contrasting the two for that class [PDF]. I haven’t read it in well over a decade, but I just remembered that I still have it in the ancient depths of my Gmail inbox. Here it is for posterity, why not?) I also seem to remember watching “The Good, the Bad, and the Ugly” at some point, although I may have just seen a clip of that famous stand-off scene somewhere. Oh, and “Deadwood” is one of my favorite TV shows, though I think it’s a Western in roughly the same way “Hamlet” is a play about Danish politics. But that’s about it.

So I realize that I came into Sergio Leone’s “Once Upon a Time in the West” somewhat cold. Reading up about the film after I watched it, I came to learn that it was essentially a postmodern pastiche of tropes and allusions to other classics of the genre. From the website Cinema Reborn (emphasis mine):

Although deeply indebted to the history of the genre – it includes multiple direct references to such celebrated, auteur-driven westerns as “The Searchers” (John Ford, 1956), “Run of the Arrow” (Samuel Fuller, 1957), “Western Union” (Fritz Lang, 1941), “High Noon” (Fred Zinnemann, 1952), “Man of the West” (Anthony Mann, 1958), “The Iron Horse” (John Ford, 1924), “Johnny Guitar” (Nicholas Ray, 1954) — most extensively — and many others, it is as much an inventor or re-shaper of forms as it is a work of dutiful homage. Both Jean Baudrillard and Umberto Eco celebrated its postmodern assemblage of archetypes, conventions and intertextuality, seeing its overwhelming summation or pastiche of the genre as its great contribution. This common view of Leone’s film sees it as an overwhelming “hall of mirrors” whose only point of reference is other westerns.

So, how does one view such a film without said points of reference?

Well, I have to admit it struck me as somewhat less that the sum of its parts (of which, clocking in at just under three hours, it has many) — but I recognize that the shortcoming is primarily mine, not the Leone’s.

Of course, that’s not to say I didn’t like “Once Upon a Time…” On the contrary, I liked a lot of it! Ennio Morricone’s score, of course, is fucking spectacular. Leone was clearly a master of visual composition. This early scene, in which the McBain family is murdered by the villainous Frank (played by iconic good guy Henry Fonda, another meta-textual twist), is a great example of both:

The way the music looms and swells as Frank’s gang emerges at around two-minute mark? Damn!

And speaking of Fonda, he and the rest of the cast — Jason Robards, Claudia Cardinale, and the great Charles Bronson in particular — are just cool as hell.

All of which is to say that while a lot of “Once Upon a Time in the West” went over my head, even I can appreciate its greatness as pure cinematic spectacle. Or to quote another “Once Upon a Time…” —